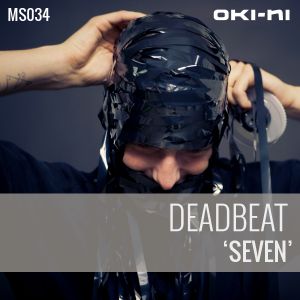 This mix from Scott Monteith, more widely known as the Montreal electronic artist Deadbeat, might as well be a 55 minute manifesto for the oki-ni mix series. For his mix, Deadbeat has abandoned the dub-laden electronica that made his name and instead has delivered a unique mix of reggae seven inches, pulled from his own record collection.

But there is no one better to explain this mix than Scott himself, so here he is to tell you about it.

“As ‘Drawn and Quartered’ is my seventh album I elected to do this mix for oki-ni exclusively using a selection of some of my nearest and dearest reggae 7 inch singles. I ran a reggae night called Dub Lounge in Montreal for several years alongside my dear friend Mossman, who's encyclopaedic knowledge of Jamaican music as a whole introduced me to these and many other beautiful songs and riddims over the years."

love all these different dubs of famous riddims

DEADBEAT YOU AFTER MY OWN HEART MAAANN

Do you have a download link for this mix?
Cheers