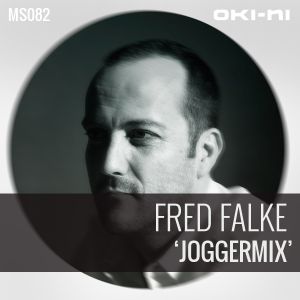 Celebrated French producer, Fred Falke, presents an energetic mix of work out music and up-tempo pop songs designed to get your heart pumping.

Talked about in the same reverential tones as Daft Punk, Cassius, and Alan Braxe, Fred Falke is French pop royalty and belongs to that select group of French producers and DJs who dominated the late 1990s and 2000s with wave after wave of unstoppable electro pop.

A little known fact is that Fred is a former military man, so it's no surprise that he's a fan of exercise. This mix is designed to help you go that extra mile, as Fred explains:

"This is a sort of iPod playlist of guilty pleasures for those times when you're out running and need hit after hit to keep going. I'm a sucker for radio pop and big choruses, and even more so when there's physical exercise involved."

Nice mix, bet this works well during a work-out (on those moments i'm a sucker for big choruses as well). Just wondering how I am supposed to download it to from here my iPod...

Hi well done, for so many years a great remixer and now dj, but how do you get this on the ipod for the next run???

If you've ever seen the movie "Burn After Reading," think of the moment Brad Pitt is on the treadmill jammin' and flailing his arms. Oh yeah.