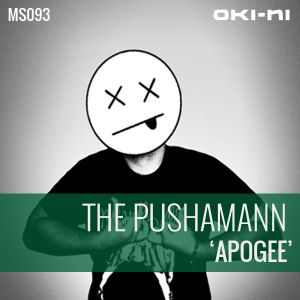 After spending nearly a decade on the London club circuit, The Pushamann is now a Fabric and Corsica Studios regular who, in the words of fabric, plays "shuffling grooves that run through your body like warm butter".

After launching his own record label, NoN Music, last year, The Pushamann has treated deep house fans to a string of releases and next weekend he will play at the Apogee Presents night at the ever impressive Upfront Project, which in the past has played host to Deadboy, Two Inch Punch, Gang Colours, Ryat, and Cooly G.

"This is a mix that I did in preparation for my next gig at Apogee' he says. 'With the summer drawing to an end, I blended some of my favourite summer anthems with some classics to emphasise the summer sun setting over London town."

Always a pleasure to listen Charles