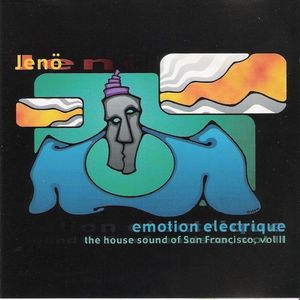 This show was 44th in the global house music chart.

Awesome Mixed CD with Beautiful Artwork by Owen Maigret.
By The People, For The People

I have this cd (currently bumping in my truck and it's 2018!) has some of the juiciest basslines I have ever heard. Love this mix so much

I've never heard this one! Thanks Omar!

@drum I will try to google what u were talking about, please allow for some time as I will be on a cruise starting tomor, I use to go to so many of the SF party's (bay area) Owens party's were my favorite, always had the best "E" there and they were so underground. :) I have collected many mix tapes and CDs through the 90s.

Some times Garth would carry his mix tapes on him and sell them if you would chat with him about it, I have bought a few straight from him.

Also there was a great place called solid grooves that I think Harry Who owned, tons of records and mix tapes, CDs to buy.

It's OG's like you Drumaddict, whom are truly passionate about the culture that keep this page going. These great DJ's shaped my upbringing with their sound, and it's a privilege to post their mixes on here.

At 57:00 and at 58:35 seconds why oh why oh why oh why do all sorts of djs play the beginning o that great Martin Landsky track but never ever ever play the track that follows ???? So aggravating there it is again at 59:0?

People leave all kinds of comments about the stuff I've uploaded here and I have a shitload of followers as well / i didn't start this page to be followed I did it for myself to make it like a digital iPod that I can access anywhere I never expected to find such great files on here but anyway... Back to my point ....None of what I've put up compares to these original old recordings from the west coast there's not too much of it from the Midwest and that sucks but oh well / you guys ALL did such a great job preserving the shit from back then and collecting it as well - all of those Mixtape's you post on here are absolutely fantastic and they're all things I've not seen online ever before so thank you very much -

You not huh - damn iPhone - you, Chris - Raiderhader Anthony - Anmrecsla Oilcan Bret all leave the absolute best files on here I can't help but point out how good they are - we in Chicago only had copies of these on tapes that other - ratty but in a good way - tape vendors copied from the originals and sold illegally so they're rare - I was surprised to see that they had Three of the first one of these - there's only one of this one for 17.99 btw :)

Both are good free programs that do a multitude of great stuff for this purpose and things like taking just the audio from videos also :)