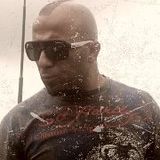 MC SYCO – THE VOICE OF POWER

Being an MC for more than 20 years, Syco is one of the vocal veterans of the harder styles. Erkan teamed up with several hiphop maniacs like The Vinyl Junk and formed the act No License. He grabbed the mic for the first time in 1992 and started hosting houseparties. Syco received great response for the sound of his voice and his contribution to the DJ-sets.

In 1997, Syco joined the infamous Shadowlands Terrorists, known for smash hits as “Dropping Bombs”, “More Bazz” and of course “Shadowlands Anthem”. Erkan got to perform in countries such as Italy, Germany, Belgium, Switzerland, Spain and even the U.S.A. He also got in touch with DJ Quicksilver, one of the biggest European dance-acts of the nineties and toured with him as well. Next to these activities, Syco started collaborating with The Vinyl Junk again and started the Turkish hiphop act Arka Sokak. They supported Dutch hiphop giants like E-Life, Osdorp Posse and Postmen and became very popular in Tu