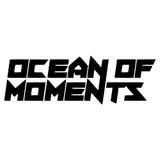 Never miss another
show from Ocean of Moments

Ocean of Moments
I have been making music since 2013. He made his debut as a trance dj in 2014 at the small Open-Air Punyk Fest in the islet of the water area of ​​Komsomolsk (now Horishni Plavni). Later he became a resident of parties in the Dnieper such as: Freedom, Space Energy, Inferno, EDM Dnepr, Expansion. He participated in the organization of the last traditional Christmas Party. Participated in the festivals Aura (ZP) and Gravitation (DP)
Initially, he gave his understanding of trance, naturally through Psytrance, but eventually began to move to Techno.
Miksets, reconstruction you can listen to https://www.mixcloud.com/oceanmoments/
I write music in the styles of Trance (Tech), Psytrance, Techno and Ambient, I publish on Soundfield saber labels, Eternal Sun and Vudeux labels. You can search on bitport ..
Currently sharing my inner world through Techno