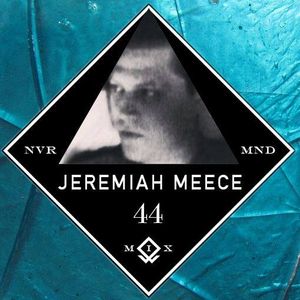 "This mix is all about layering. It is rare for there to be just one thing happening at any point. That makes a tracklist very difficult. If anyone wants a track ID please just comment at the time marker and I can do my best. In addition to layering pieces from different songs, drums/sound effects/melodies etc, most of it has RnB acapellas I layed on top of everything. The mix includes songs from teams, the It Follows OST, Kevin Carey, Poor Sport, Swick & douster, BURAKA SOM SISTEMA, 90s Nick, Taal Mala, 4B, L S D X O X O, Wall, Mighty Mark, MUMDANCE & Logos, Gage remixed by Sudanim Music, Imaabs, Neana, Jam City, and an edit by Joey LaBeija to name a few. The mix ends with a cover I did of Wandering Star by Portishead. Hope yall like it"
- Jeremiah Meece

Jeremiah Meece of THE-DRUM, JODY, VALIS and now defunct Clique Talk. Producer of many things including "She Gutta" by Mykki Blanco and "Cinnamon and Gold Teeth" by KIT