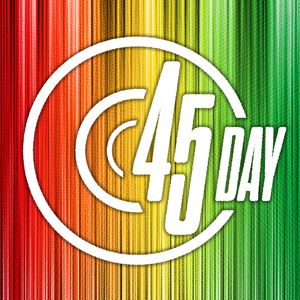 This show was 50th in the global funky chart.

I'm excited to share my #45day Funky-Reggae mix with you all. I've thrown in some of the biggest Funky-Reggae Tracks, combined with some lesser-known gems! Funky-Reggae 45s are hard to find and I've collected these 45s from my many trips across North America, Jamaica, Europe, and Africa.

As the transition from Rocksteady to Reggae was happening in Jamaica, the influence of Funk from James Brown was undeniable. Between 1968 to 1972 - Funky Reggae came to prominence and was popularized especially in the UK by labels such as Trojan Records who found an unlikely audience, early Skinheads and Mods. Even Bob Marley flirted with the funky-reggae style and famously collaborated with one of the subgenere's lead architects Lee Scratch Perry on the song Phunky Reggae Party. The Skinhead Reggae name is debatable since it was not identified as such until well after the original movement had faded, however, Funky-Reggae is fun, upbeat and is bound to get a party started.!

Superb Reggae Selection. Loved it Jay. Thanks for being part of 45 Day 2021!

brilliant !!! thank you so much. cheers

Thanks man! Lawd of mercy, I love these funky-reggae tunes!!