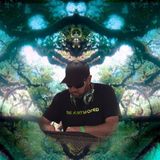 Never miss another
show from ANALOK

Mystery of Trance Ep.027
by FrankHarrisReposted

A State of Psy Trance 002
by FrankHarrisReposted

After exploring the Underground Music scene and familiarising himself with the ever-so-constant progression thereof, his hunger was teased and provoked by what he heard and this primal, raw, undiluted hunger would not be satisfied by just hearing the music - he wanted more. He wanted to command and conquer and he would be satisfied with nothing less. With his significant other by his side, providing him with never-ending support and endless inspiration he started applying himself to mixing again but this time with feverish hunger.. Analok has a very experimental, but distinct sound in his Live performances. Exploring sounds that vary from Progressive, Goa to Full on, still he doesn't like to label his style because he believes that everything is constantly changing. His DJ sets are slick and smooth and offer a slamming journey every time, always mixing moments of melodic peaks followed by immersions in heavy beats.