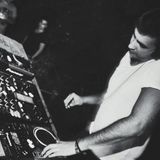 Ljubotina Nikola (DJ Cheda) was born in 1985 in
Belgrade, Serbia. He
started listening electronic music in the age of 14,
and he became involved
in trance when he was 16. He begun DJ-ing out of
fun with a group of people during 2004 under the name of "Psychologic" and
organised their first party
cooperation. Since then, he takes part in organizing
many happenings in the
trance scene in Belgrade. In 2009 he teamed up
with DJ Luka (Luka Nikolic) in an organization called Brooka Musica. The music
that takes a big part in
his sets is deep and dark music with quality
production. In 2012 Cheda &
Luka wanted to try something new and begun
mixing techno, deep and minimal tracks. They are well known mixing in back to
back sets.