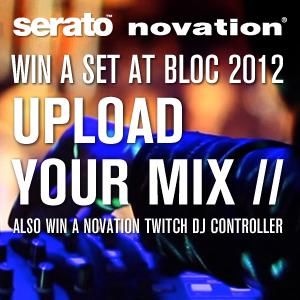 This is the full tilt entry to the Novation TWITCH competition, the winner of wich will be invited to play a 60 Minute Set at the BLOC Festival in London this July 2012. You know SEAP wants to get in on that. This is a full on live mix/remix set using elements of tracks from SEAP's project for which he co-produced the tracks in the mix, and live re-arrangements of hard hitting, genre bending tracks. SEAP uses in this mix Traktor, synched with Ableton, Maschine, the Novation Launchpad and Dicers, and some live finger drumming.

I reincarnated in order to listen to this mix. fluid beats.

Mate, that was insane!! Keep up the good work dude!!

This is so incredible that I'm being blown out of the water. Have to listen to it again. Is there a download button!! Pure fire!!

Your mix is out of control! DJ Seap is the best to represent for sure!!! You are rocking it!!

Nigel you are the Novation wizard. This is your competition!!!

I'm pressing the heart icon but it won't show as favorite. Lame.

Nigel you are so awesome!!!!