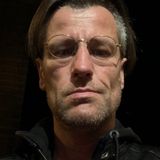 Never miss another
show from nicoLAUT

born in Berlin east at 1977
"nicoLAUT" has been producing electronic music since he was 14 years old. At that time still on so-called "MOD trackers" he started the musical journey.

In 1993, in the midst of the creation of the techno / trance scene, he started experimenting with sequencers and synthesizers.
Soon after, he let the turntables circle. He moved between hardhouse and happybreaks.

First gig's:
1994 in the Bürgersaal in Schnaittach.
Then in 1997 he performed in front of a larger audience in Nuremberg.
After the 2000 turn, two permanent arrangements followed in the city's trendy clubs.

He included his own productions as LiveAct / DJ in his mixes. He also created his own intros and outros to refine his special brand.

He did not seem to care enough about a single style, so he created more pseudonyms in different styles.
So "tongestalt" and "MaiBrand" came out.

Favorite Quote: Art is magic freed from the lie of being truth.
Theodor W. Adorno (born 09.11.1903 in Frankfurt)