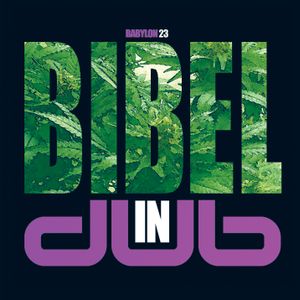 Observations, emotions and sensory perceptions are to be understood in the context of, A limited time travel through the Bible with the sense of direction of the, beauty in the eye of the holder and 23.

The Bible in Dub ... admittedly sounds a little like Lord of the Rings in folk or the prisoner's choir of Nabucco in flamenco. No - not entirely, of course. We at “echo beach” also had our association gaps!

Well, it's about the following: the book of books, translated into all languages ​​and scripts or non-languages ​​of this earth (spoken language, braille), crossed with the music of the music (Dub - the descendant of German brass music ...?!) This is how it is written from now on, this is how it will be handed down.
The music of resistance, reggae - its variety of dub - in the sense of the disproportionality of all its facets, mirrored in the apocalyptic events of the day, the just and the judged with the book, which wrote such ideals on the banner and enjoyed the claim at the time .. .?!