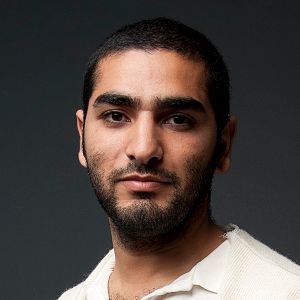 The first episode of New Window Radio is the story of someone who fled Iraq and manages to build up a new existence in the Netherlands. Hozan Zangana talks about the vehement experiences from his youth that helped shape his artistic development. Making stilled objects is a way for him to ‘tame the noise’. Furthermore he speaks about how visual censorship in old Iraq led to the emphasis on language. As a product designer his aim is to translate this flat calligraphy towards three dimensional forms and shapes. He also expresses his desire to make the transition from being a designer towards a more autonomous visual artist, working on a monumental scale.