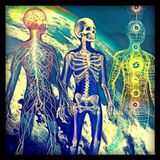 Never miss another
show from neim.is

Home Is Where I'M @, Iceland

Neimis was born in Šilute, a town in the west part of Lithuania, near city port Klaipeda. In early years of his career he started organising his own parties, in some of them he played 8 hours straight and even more.
At first his genre was rough and melodic electro. As the time passed by, the young dj started to cristalize the very esence of his sound. The main thing for him was melody, energy and simplicity. Although nicely done vocal or guitar part in the track never slipped his ears. The main influence on his sound had the period between 2002 and 2006, aswel as artists such as: 16B, Echomen, Shiloh and Luke Chable. A bit later he most adored the likes of James Zabiela, King Unique and the rest of the Progressive scenes best known djs and producers.
_____
- Update: neim.is - is Coming (Back) Soon, Stay Tuned! ;]