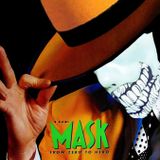 Never miss another
show from NEBAKANEZA

Mixcloud is an archive for my older mixes. For the new stuff, find me on Soundcloud: https://soundcloud.com/nebakaneza

When he was old enough to get a job, he started working at various record stores, but most of his earnings went right back into buying music. He studied radio broadcasting and became the music director for his college radio station, and won an award for broadcaster of the year. By the mid 2000’s, he started DJing in bars and clubs and working at Clear Channel radio, with a small internship at Om Records. He eventually landed his own late night electronica show on the commercial radio station KKSF, acting as both music director and host. He started a weekly event in San Francisco with his business partner Johnny 5, called Ritual, which lasted for 3 years and at one point was the largest reoccurring Dubstep event on the West Coast.