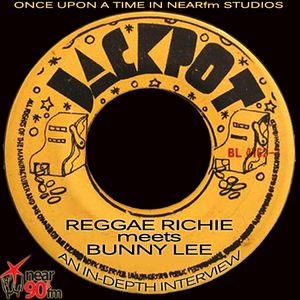 I had the pleasure of interviewing Bunny Lee in the Near FM studio's recently , I was going to put the interview out 8 weeks ago ,but decided to edit the interview and source various tracks to go with the interview,I would also like to thank Harry Hawke,General Dotz and Andy Culture for there help .
I would also like to dedicate this interview to Cahill Mooney aka Rankin Rez and his sister Kate Mooney I wish you both a speedy recovery long life and livity ! Bless .
Also I have to say I played two King Tubby Dubs back to back on this show,why because since the first time hearing King Tubby some 25 years ago I have loved what he did and how did what he did,and to be able to talk to Bunny Lee about how all this thing came about I was so excited to be talking to Tubby's right hand man .First Dub is A Harder version,totaly awesome Dub never grows old and the next Dub A Ruffer Version takes mi right back to the days of hanging in Ardmore Park in Artane on Dublin's Nth Side .

check out George Decker tune called Foey Man,that chone used to go for big money on E Bay ,but thanks to the lads at Pressure Sounds UK ,we can all listen to it now and we can all hold our own copy 7'' style !

More from near fm