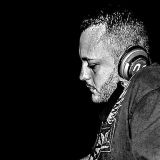 Paradise
by Pia At WorkReposted

Naples (Italy). From an early age he began to buy his first records of Soul, R&B and Hip Hop Music.
His popularity has grown so muchwhich has allowed him to perform all over Southern Italy in the best club and then succeed in arriving abroad, performing in New York, New Jersey, Miami, London, Amsterdam, Zurich and Sloven.
He founded the group "Neapolitan Soul", playing a mix of House Soulful Disco Funk Soul Deep and Afro Music up to 4 decks.
He has collaborated as a producer with important and influential figures of House Music scene such as Joey Negro, Joe T Vannelli, Victor Simonelli and others.
In 2017, with the "Lovely Mix" touch, born the collaboration, still active today, for productions Soulful House and Nu Disco with the talented dj/producer Luciano Gioia and in the same year starts working as dj resident with Angels of Love in Naples.
He collaborates with several labels: Z Records, Soundmen On Wax, Quantize Recordings, Dream Beat Rec, Unkwn Records, Bassline Records.