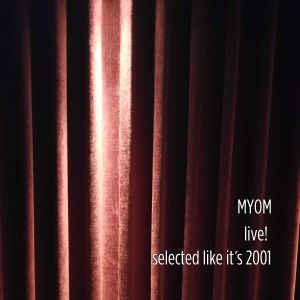 Here is the recording of my livestream from March 27, 2021. In the mix I tried to reconstruct the tracks I played at our first tempo90 night on January 21, 2001 at Exhaus in Trier.

For some records I am absolutely sure (e.g. the opening with Space Age, Coded Language ...). Others I derived from my then still small vinyl collection and my then favorite kind of drum'n'bass. They are still great tracks (apart from the sound to some extent). Neurofunk was still new and actually funky. The sound aesthetic back then was characterized by the euphoric, futuristic awakening of the millennium that had just dawned.

This mix, however, has little to do with what I really produced that night. Before, I had only played in front of very small audiences of maximum 30-40 people in small venues. This time it was an insane 10 times as many. My emotions fluctuated between sheer terror at having to perform under these difficult circumstances and pure euphoria when I realized that people liked the music.