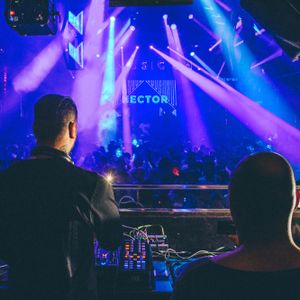 This show was 25th in the global tech house chart.

Hector's signature lies as much in his deft melodic touches and powerfully driving beats, as it does in his relentless forward motion and transformation.

The journey so far has taken him from Mexico to England and Germany, from the DJ booth of Guadalajara's Bar Americas, to releases for labels like Desolat, Tsuba, 2020 Vision and mobilee, with an extended stint behind the counter of London's famed Phonica Records in between.

Hector's eventual relocation to Berlin coincided with even more accelerated momentum for the DJ and producer; he has since criss-crossed the globe, performing at festivals like Time Warp, DEMF, Kazantip, Awakenings, BPM, Hideout and Sunwaves, alongside club sets for Tokyo's Womb, Space
Miami, Fabric London and New York's Output, while spearheading tours of North & South America, and making regular appearances at Ibiza institutions Music On, Carl Cox - Revolution, Enter. and Used + Abused.

More from Music On