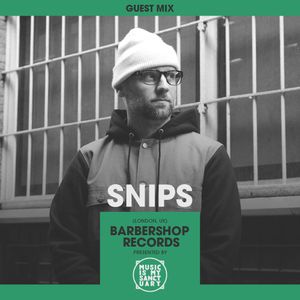 Founder of Barbershop Records and co-founder of Livin Proof, London's Snips has been DJing and producing for over 15 years. He's recently announced his latest EP "London Livin'" in which he fuses Hip Hop, House, Soul and Funk in the same fashion as he is known to do behind the turntables.
"This is all recent stuff and was basically the stuff that I was digesting over the last year or two that inspired me. A lot of it is London music and part of the inspiration especially for 'The Product' was the whole idea of doing something very London without sounding stereotypically London. Most of the music in this mix I see as similar. Shines light on a lot of what's going on here beneath the surface and the pop charts."