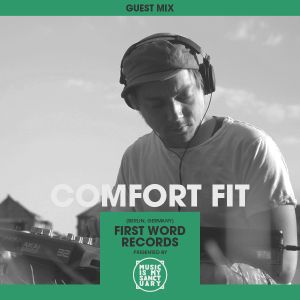 We are really happy to present the eleventh instalment of our MIMS Forgotten Treasure mix series. After great mixes from Zed Bias, Taku, Fred Everything, Tall Black Guy and others the 11th mix comes from Comfort Fit, a very talented producer from Germany who we have been big fans of for years! He is a Berlin-based producer with a formidable and versatile musical range—think early Detroit techno, minimal electronica, jazz, broken beat, hip-hop—able to switch styles within a chord change, moving genres very deftly.

After putting out several releases on Tokyo Dawn and Error Broadcast he is now releasing a new LP called "Worlds Falling Appart" on First Word Records.