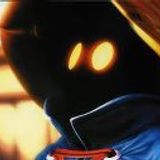 Since 2005 Moldylox has been climbing the rungs of the east coast drum&bass circuit. After claiming 1st place in the East Coast Groove Music Award for best local dnb DJ of 2007 and 3rd place in the 2008 Atlantic DJ Olympics for dnb category, this eager junglist soldier has become one of the east coast's most sought after drum&bass DJs.

A true member of the old school, he has honed his craft on the wheels of steel with 7 years of 100% vinyl dedication and has only recently moved into the digital world. With such technology at his fingertips he is guaranteed to satisfy the most fickle of drum&bass heads with staggering jungle or precision liquid beat drops.