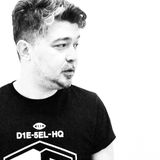 Born and raised on the mean streets of Jeddah city, I Mohammad Yousofi, AKA DJ Modi, started my musical journey when Napster would play mixtapes to me while I was in my mother's womb. It was at this moment that I knew I wanted to be part of 'The Scene'.
I first became interested in the electronic music scene in 2000. In 1994, aged 14, my Mum and Dad bought me my first set of decks. At the age of 17, I was already being touted as Middle East 's answer to Carl Cox. I did various warm up sets before the doors opened in clubs hosting major names such as SHM, and many more. In 2016, I achieved my big break when I was given a nomination for Best Newcomer DJ at the Tech-House awards in Morocco, where I came runner up to DJ Looper. It was after this point when I started getting gigs at big events such as MDL Beast and La Maison B.
After receiving several offers, I joined B-rave Music, which helped distribute my first internet release, 'Modified' in 2017.