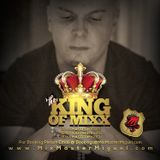 Never miss another
show from MixMasterMiguel

Founder of Mixx Entertainment Studios and Five-time Grammy Award DJ Mix Master Miguel has always had his sight set on becoming a superior fixture behind the hottest DJ booths. He cultivated his love for music by spinning at local events and parties before moving on to showcase his skills in popular nightlife venues nationwide.

In 2012, Miguel had the honor of performing at the 54th Annual Grammy After party at Rolling Stone Los Angeles. Word would eventually spread about the rising DJ leading to one of his most memorable DJ sets; performing for the Pre-Halftime show during Super Bowl 50. In addition to becoming a popular fixture at the Annual Grammy events, Mix Master Miguel has continued to make a name for himself spinning the best tunes from his catalogue at corporate functions, celebrity soirees and other high profile events.