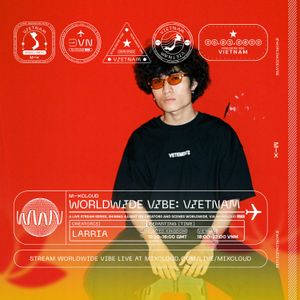 Listen back to Larria's set from Worldwide Vibe Vietnam

Larria's journey started in 2014. Under the alias May Hong he blasted the internet with his Future Funk EP MAI YEU. In 2016, he debuted into the viet club scene. Inspired by Baile Funk, Jersey Club & Future Beats, he was one of the first Vietnamese artists bringing the new wave of global club music, mixed with samples from late 90s-00s viet-pop-disco, w/ appearances on @rinsefm @_blockfm @YetiOut @NTSRadio & more.

Hey I really like your mix...it's super dope, im gonna spread the news. Thanks 4 the dopeness