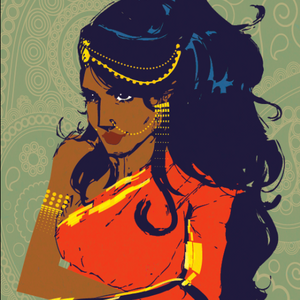 This show was 75th in the global rock chart.

Who are the voices of your South Asian female rebellion?

It should include one of the amazing artists featured in this mixtape, including Doctors & Engineers, Awaaz Do, Shilpa Ray and Bracelets. This mixtape was created in conjunction with the release of the anthology GOOD GIRLS MARRY DOCTORS: SOUTH ASIAN AMERICAN DAUGHTERS ON OBEDIENCE AND REBELLION by one of the contributors to the book, Tanzila Ahmed.

GOOD GIRLS MARRY DOCTORS is filled with honest stories, difficult and joyous, heartbreaking and hilarious, from a diverse array of powerful women. These narratives combine to expose struggles that are too often hidden from the public eye, while reminding those going through similar experiences that they are heard, and they are not alone.

Get the book at Amazon here: https://www.amazon.com/Good-Girls-Marry-Doctors-Daughters/dp/1879960923