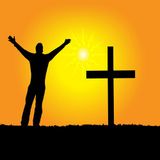 Never miss another
show from ministertominister

Mark D. Partin has been the pastor of the Indiana Avenue Baptist Church since January 1993. He was saved in 1970 and surrendered to the call to preach in 1979. He is a graduate of Cumberland College, and received his Master of Divinity degree from Southeastern Baptist Theological Seminary in Wake Forest, NC. He also holds a Doctor of Ministry degree from Covington Theological Seminary. Mark has been married to Charlene Scott since 1983 and they have two grown children, MaKayla and Colby. Mark and Charlene make their home at the base of the Cumberland Mountains in East Tennessee.