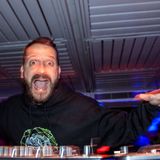 Minas Alefragkis is the mutant behind the PoEt project from Athens, Greece. He started listening to psychedelic trance music in 1998. A year after, in 1999, he started djing with his DAT players in several private open air parties around Greece.

He has played with some of the most well-renowned international dj's and Live acts. Among the names are those of Asimilon, Illegal Machines, Battle Of The Future Buddhas, Grapes Of Wrath, Ordo Ab Chao, Wicked Hayo, Influenza, Zik/Matutero, Sesto Sento, Dark Elf, Sungirl, Claw and more.

After years of listening to the mutant music, and have gotten a lot of inspiration from well known international projects of the scene, he started making his own tracks in 2014 and has already a few releases on Sangoma records and Digital Drugs Coalition. He joined SquareLab Music roster recently and you can expect many new music to come. His style is nighttime/twilight psychedelic trance.