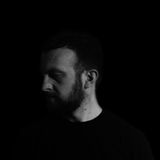 It all started with The Prodigy, they were his first music influence, later on Antoine Clamaran and Carl Cox, today Hawtin, Dubfire, Carola. He found the world of DJing fascinating, but due to lack of money and equipment he was dedicated to listening to music and professional DJ mixes (from techno in the beginning of the 21st century, dark progressive around 2006 and finally tech-house from 2008 to present) and did some private parties. In 2008 he started DJ-ing with his own equipment and the next step was producing music starting year 2013. Nowadays he plays and produces tech-house and techno music.
Has signings with some major labels in the business:
Jumpstereo, Frequenza, Gramola, Egothermia, Little Helpers, Go Deeva...