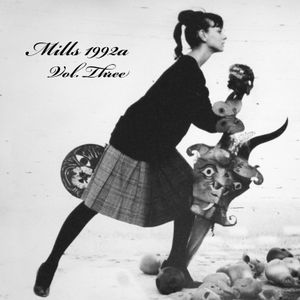 The final mix of 1992's first half collects a lot of retrospective acquisitions, like the XTC catalog (again, thanks Jon Leidecker), some pop purchases, music out there on MTV (although its influence was steadily waning), and at the end, some electronica that will point a way forward. Final track is the undeniable stoney jam of 1992.

All three covers feature the photography of Kati Horna, one of the three surrealist "brujas" working in Mexico City in the first half of the 20th century.