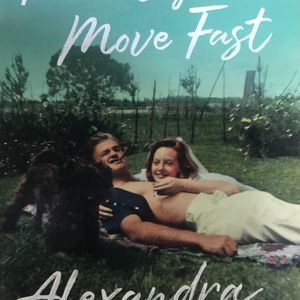 Publisher and author, Melinda Ferguson of MFBooksJoburg told Sue Grant-Marshall about hot-off-the-press titles of hers including: “The Educated Waiter” by Tafadzwa Z. Taruvinga: “Not Child’s Play” by Dave Muller and, “Durban Poison: A Collection of Vitriol and Wit” by Ben Trovato. She also recently published Stephen Boykey Sidley’s, “Leaving Word”. ‘Melinda has now published 40 books,’ says Sue.
Sue also chatted to Jo-Anne Richards, author of, “The Innocence of Roast Chicken”( Picador), which was recently re-released as part of the Picador Africa Heritage Classics collection. ‘ Published back in 1996 it became an instant SA classic, was published internationally and resonates as much today as it did then,’ says Sue.
She also reviewed Greg Marinovich’s, “Shots from The Edge”( Penguin), his photojournalistic encounters with conflict and resilience all over the world, including the Bang-Bang Club and the Marikana massacre.
‘ Alexandra Fuller of, “Don’t Let’s go to the Dogs Tonight”