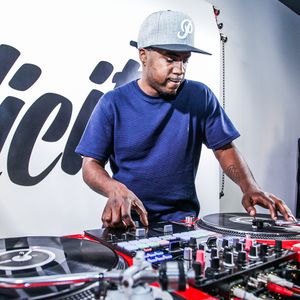 If March’s "MikiDz Show" episode with Just Blaze was for the production heads, then this month's show with DJ Ease was for the turntablism fans. The Las Vegas-based DJ’s scratching and juggling skills were on display from start to finish, and fans loved every minute of it. As for selection, Ease’s set contained mostly throwbacks, primarily of the hip-hop and R&B variety.

Indeed, during his interview with hosts MikiWAR and DJ Dainjazone, Ease said that his performance included Thre3style and DMC routines. The conversation highlighted his diverse background: from competing in battles to rocking clubs in Vegas and Atlantic City.

one of the best DJ's

Joe Rambin aka Dj Skineebeatz3y ago