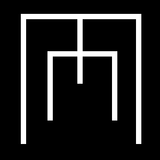 Never miss another
show from MikeMonoton

Mike Monoton [b. February 1976] has been producing Electro and TechnoTracks since Y:2000, still under the name of Headroom, later as Mike Monoton. In 2007, he founded the TechnoLiveAct "Egosystem" with DJEEP and played for several years in the "HDM" in the party series "Monoclub" and at "Pace & Badmosphere" in "Korn" and "Apollo". Mike and DJEEP entertained for a longer period a studio in the legendary rooms of the Glocksee in Hannover, where they produced their own tracks and remixes for Rainer Schuhmann (Fury) and DJ Taucher. In addition, Mike releases the MonotonPodcast every week, which you can either listen to directly from the iTunes Store, Mixcloud or subscribe to RSS-Feed.