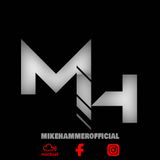 Never miss another
show from mikehammerofficial

Live is a Trip
by Man on MissionReposted

Breaking out of prison
by Dj_Ares_AustriaReposted

Mike Hammer is a Techno and HardTechno DJ from Austria.
Mike Hammer, a strong link within the Viennese Techno Scene since the early 90’s, friendships and acquaintances to a variety of DJs regularly led him behind the decks, followed by spinning records at countless private sessions.
Heavily influenced and fascinated by the electronically hypnotic sounds, Hammer concluded to buying his own gear in 2011.
Long story short, what used to be a basement was quickly turned into a recording/ mixing studio where his mixing skills were constantly worked on and improved, starting off with Minimal and Tech House then moving on to a whole variety of styles and sounds.