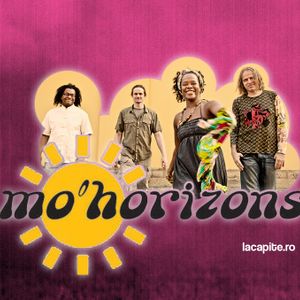 ■ 137 minutes of distinct voyage into the orbit of organic beats crossing Latin, electro, funk and soul. ■

Blending together funk, jazz, bossa nova, soul, and boogaloo with downbeat and drum'n'bass tendencies, German acid jazz duo Mo' Horizons came together in the late '90s when DJs Ralf Droesemeyer and Mark "Foh" Wetzler, both from Hannover and respected in their own rights, decided to improve and expand upon their work by making music of their own, and not simply playing that of others.

With five successful albums recorded plus two compilations containing their own as well as their remix work, this band is a firmly established entity.

In 2007. Mo' Horizons decided to start their own label (with help from Audiopharm's Ralf Zitzmann), Agogo Records, and began focusing their energy on not only making their own new music but also on finding new talent to sign.

bassline of the century!