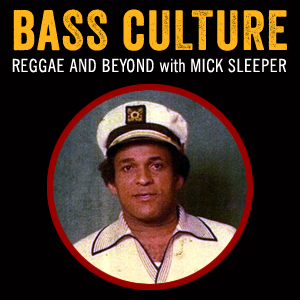 It is impossible to overstate how important Bunny Lee was to Jamaican music. Not only did he produce many big hits, he acted as friend, mentor, and business partner to a who's who of reggae – King Tubby, Prince Jammy, Niney the Observer, Johnny Clarke, Slim Smith, and many others. He was a producer that crafted some of the sweetest rocksteady, the grooviest reggae, and the deepest roots music. Bunny Lee also played a crucial part in developing the outer space sounds of dub with Tubby and Jammy at the controls, who turned his Aggrovator rhythm tracks into dubwise works of art. It's no exaggeration to say that reggae simply would not be the same without Bunny Lee. He leaves behind a massive legacy in Jamaican music, so this episode of Bass Culture contains an all killer, no filler Bunny Lee selection.