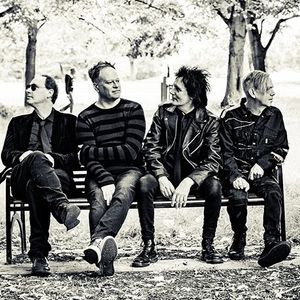 Well, I should be able to help out here with the Frozen Charlottes mystery a bit since I started the band. Mick is correct, we were Operation Mockingbird for several years but after several lineup changes it felt right to change the name in 2019. The track that Mick played was a “tribute” to the old name.

A “Frozen Charlotte” is a small porcelain doll that was often baked into cakes and given to children in Victoria times as cautionary lessons. They were based off of the poem by Seba Smith titled “A Corpse Going to a Ball” that tells the story of a young girl who refused to wear her coat on the way to a dance because she didn’t want to hide her beautiful gown. On the way to the ball she ended up freezing to do death.

One of the best shows happened last night abd it was on Mick Mercer Radio!