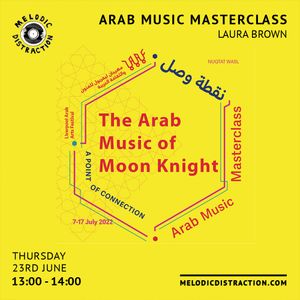 Join Laura Marie Brown, Creative Producer of Liverpool Arab Arts Festival for an Arab Music Masterclass, a series exploring some of the artists, sounds, bands and scenes that define the Arab world. First, it's the Voice of the East, the legendary Egyptian singer Umm Kulthumm

The soundtrack to Disney+ Marvel series Moon Knight has made Arab music fans take notice. When you’re into Arab music, you’re used to films and TV shows from the West using traditional sounds when they want to tell you they’ve moved the action to the Arab world. Not so with Mohammed Diab’s Moon Knight where the soundtrack reflects the rich diversity of Egypt’s music, past and present.

Liverpool Arab Arts Festival’s Laura Marie Brown talks to Danny Hajjar about representation in music, mahraganat and seeing your culture reflected on screen, while picking favourite tracks from the soundtracks and the music scenes they reflect. 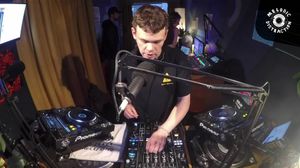