Interview with Sir Paul Nurse. Nobel Prizewinner and President of the Royal Society. 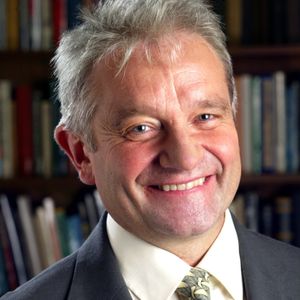 I was lucky enough to be able to interview Sir Paul Nurse; one of the world's leading biologists, a Nobel Prizewinner, formerly CEO of Cancer Research UK and current president of the Royal Society (the oldest scientific academy in the world, former presidents including Sir Isaac Newton and Samuel Pepys).

We talk about the experiences he's had, his opinion of where the next big leaps in science will be and his advice for current Exeter students and academics.

He was incredibly down to earth, asking not to be called Sir Paul during the interview and being keen to take part in my usual breakfast show feature - The Friday Breakfast Apprentice. Would he save a puppy or kitten from certain death? Does he think (as a fellow Canaries supporter) that Norwich will bounce straight back up? Listen till the end to find out!

Broadcast live on 87.7FM and via www.xpressionfm.info between 10:30 and 10:45 BST Friday 16th May. Also broadcast on the Friday Breakfast Show the following morning.