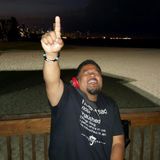 Never miss another
show from mauricejoshua

Grammy Award Winner Maurice Joshua is known across the globe as a brilliant Producer,Remixer and DJ. In the years since he first burst upon the club scene in 1988 with the now classic anthem "This Is Acid", Maurice has earned an extremely high degree of respect from his contemporaries. In fact, in the grand scheme of house music, he is revered as one of the world’s best Producer/Remixer/DJs, as well as one of the original architects of the sound that now dominates dance floors all over the world. With such experience and talent, it’s no wonder that Maurice won a Grammy Award for his remix of Beyoncé’s “Crazy In Love” in 2004. Early in his career, “This is Acid” became the catalyst for the chemical reaction that brought Maurice onto the global scene. The single reached #1 on Billboard’s Dance Club Play Chart, as well as the Dance Sales Chart. In addition to its U.S. chart success, “This is Acid”,