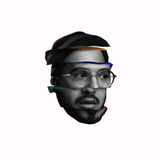 MATTHEW LAW is a West Philadelphia native, birthplace and home of legendary DJs Jazzy Jeff, Cash Money, Questlove, King Britt and DJ Aktive. He has toured the US extensively with the likes of Grammy nominated Jazmine Sullivan and many others, as well as internationally for his own tours. He's the 2013 Red Bull Thre3Style East Coast Champion and one of the youngest DJ/producers to attend DJ Jazzy Jeff's 1st ever Playlist Retreat, alongside DJ Scratch, Vikter Duplaix, Young Guru, Rich Medina, Z-Trip, DJ Spinna, Soulection and more. Over his 10+ years in the game, Law has rocked everything from wild basement parties to Heidi Klum's Annual Halloween Party, as well as setting off Saturday Night Live's 40th Anniversary Afterparty.

“People say there’s something in the water in West Philly and if that’s the case, then Matthew Law is swimming in it. Jazzy Jeff and I have laid the ground work, now here comes the future.” - Questlove