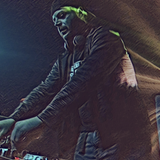 Never miss another
show from mossCo

2 hours live at Aurora
by mossCo

HOUSE YOUR FEEL Vol 1
by mossCo

Matthew Moss better known as mossCo is a relative new comer to the house music scene.Having found the love for electronic dance music way back in 1998 listening to the likes of Oakenfold, Bad Boy Bill, and Aphrodite.He aquired his first set of turntables in 1999 and started his musical ventures with drum and bass music.Having traveled all over the world to mostly listen and dance to his favorite artist and while having some small successes playing his own music it was time to start a family.It wasn't until 2019 nearly 20 years later he would make his house music debut playing his funky and oh so groovy deep and futuristic bass house music at the Mad Frog in Cincinnati.Quikly being offered a regular Dj spot with the Wyld Stallyns crew he's been taking Cincinnati dance floors by storm.Seemingly coming from out of nowhere and despite the short resume he's known amongst his peers as one of the hardest working djs around. It comes as no suprise when he starts playing dance floors get busy!