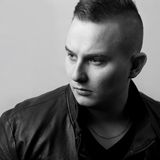 Never miss another
show from Matt5ki

Matt5ki - A representative of the young generation of Polish DJs. First steps behind the console made back in 2008. For more than five years very active on the Polish club scene. His perseverance and his skills made that soon he began to show sets throughout the country. During this time he visited lots of interesting places on the clubbing map of Poland, which could include performances at Sunrise Festival Beach Party "We play with heart", Fame Music Festival, Open Space Festival, Silesia in Love, Ultra Party Camp Open Air Edition and three times on We Love Swedish House.