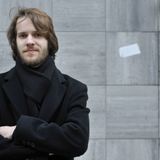 Never miss another
show from martinmatiske

At the age of 10, in winter 1997 Martin Matiske started playing and mixing records at his home in Munich. His friend Suat Günes, owner of a record shop in Munich, introduced him to DJ Hell, who himself invited him playing at a Gigolo Night at the famous Ultraschall Techno Club in Munich. He was 11 years old that time. Supported by his father he soon started producing electronic music in his studio at home. 3 years later, in 2002 he released his first 4 track EP Stars&Galaxy on Gigolo Records. The EP had very positiv reviews worldwide. Dave Clark put Stars&Galaxy no. 1 on his playlist.