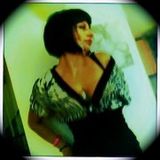 Marta Del Valle from Spain, has never stop growing, as a music lover. At the age of 16 Techno was her choice of music
She moved to London at the age of 19 to discover new tendencies. It was then when she started to learn the art of DJ playing on Vinyl.
She was a big fun of acid techno. Years later she started to play a bit of electro and then she grounded her stile in to Tech-house, Deep House.
She has been a resident Dj at the Egg club for many years. Playing at the most underground parties like; Paradox, Shake it, Fact, Supernova, Familia, She has also play in numerous other underground clubs in London like rhythm factory, Basing House. , traffik, Glastonbury festival 2017, Ibiza Live Radio dj member “Mallorca Waves” Amongst others.