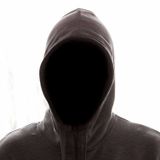 Mark Panic begins his career in 2000 as a trance DJ. Tried out in various music directions, his style in last ten years has been defined by progressive sound – fusion in which you can hear techno, tech house and deep house, all fitted together with taste through a brilliant mixing technique. In his 14-year DJ career he performed in all Belgrade underground clubs, and in clubs across the state.
He performed several times on festivals Exit and Weaked Forest. He is currently resident in three Belgrade clubs.
He didn’t give up trance and alongside Belgrade Afterhours, he is also running project Retro Trance 1992-2002 where he performs with his retro trance sets throughout festivals in Serbia and the region.