The Best of Rod Stewart 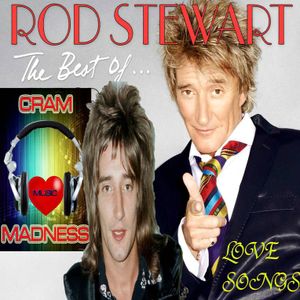 The Best of Rod Stewartby MTL63/TEIZHA

Roderick David "Rod" Stewart, CBE (born 10 January 1945)﻿[﻿1﻿]﻿ is a British singer-songwriter, born and raised in North London, England, and currently residing in Epping. He is of Scottish and English﻿[﻿2﻿]﻿ ancestry. With his distinctive raspy singing voice, Stewart came to prominence in the late 1960s and early 1970s with The Jeff Beck Group and then Faces. He launched his solo career in 1969 with his debut album An Old Raincoat Won't Ever Let You Down (US: The Rod Stewart Album). His work with The Jeff Beck Group and Faces influenced heavy metal genres.﻿[﻿3﻿]﻿﻿[﻿4﻿]﻿

you can also listen this set @ http://official.fm/tracks/EdXq

yey! nice one... Rod Stewart is my fave! weeeeeeeeeeeh!

I"m a fan already of RS... your compilations is pretty amazing. i dont normally give comments but this one is exceptional - in the mid of my chores i hv to get up and applaud you.. Thanks!

Super! Great! Rod proved he can sing any song from all eras and genre...

Thanks Jorge a.k.a. dk Pateteng (y)

Thank you ! MTL63.....it`s nice to hear again the songs of Rod Stewart, more power to you sister Tere.

wow,, this is nice Teisha.. Rod Stewart rocks!!! mwuuaahhhh thanks!!