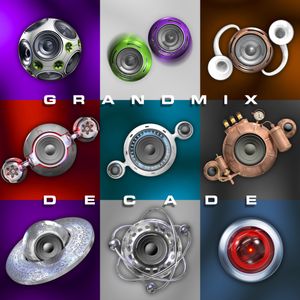 During the licensing preparations for this year's Grandmix it became clear that the record business landscape had yet again changed.
Due to mergers of record companies and their catalogs, long time partners were no longer able to co-operate.

The continuous shift towards streaming like Spotify further complicated matters.
Put simple, if you want to make a few cents on Spotify, you have to concentrate all your streams on ONE version of a song.
Only if you have just ONE version on Spotify you can gather all your streams on that ONE version and perhaps get noticed or even make some $$$.
So NOBODY wants to see a 30 second 'Grandmix version' of their song stealing away any precious streams.

So then came the choice,

Do I want to make a Grandmix 2019, which has most of the important songs stripped away?

So then just make a Grandmix 2019 for radio!!!
Well, at that point in time, with most licensing ground to a halt, the companies not being able to cooperate, were not simply willing to just hand over the masters anyway (since there were no licenses approved).

Time for a plan B!

Which is all the way 'Oldskool Grandmix'
Taking the best dance tracks from 10 years!
No track restrictions, and a ton load off tracks, using loops and all that made the first Grandmixes popular.

(First read the text above)
A CD or digital release is not possible for this Grandmix.
Where a regular Grandmix already has to jump through numerous rules, regulations and company policy obstacles, this mix, with the humongous amount of tracks, is downright impossible to get licensed.

Thanks for this one, Ben Liebrand for the Mix and Marcel for the Repost greetings Mc Dj R@yden 😄🎧🎤☝🏿🎥🤗🥳