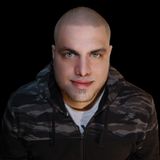 Never miss another
show from maratonedj

It all began in the early years of the 90's, when Maratone was born. He already knew back then, that his heart was beating for music. He started producing music when he was about 10 years old in one of the very first versions of Fruity Loops. Later on it became quite a serious buisness, and then he started DJ'ing as well. His sets and production stands out and always brings some kind of feeling. Big melodies and deep vibes. As a DJ Maratone has played a lot of gigs both national and international during the past decade. Look out for him, because you will not regret either listening to his music or his live performances.